The Director is the manager and legal representative of the faculty.

The head of the Secretariat of the faculty is the Secretary appointed by the Governing Board for the term of two (2) years and can be reappointed.

The requirements for the appointment of the Secretary are as follows:

The Governing Board can dismiss the Secretary prior to the expiry of their term or can temporarily suspend the implementation of their term of office if:

The Main Secretary of the Faculty: Nina Pegan, mag. prav.

President of  The Academic Assembly:

The Senate is an academic body of the faculty responsible for higher education scientific, academic and professional matters. It consists of at least nine (9) and no more than thirteen (13) members. The members are elected by the Academic Assembly from among the higher education lecturers who are holders of at least one of the pedagogically implemented courses, and from among the students. All fields of study, scientific disciplines and study programmes of the faculty are equally represented in the Senate. The number of Senate members is determined by the decision of the Governing Board.

The Senate decides on all matters regarding the implementation of the study programmes of the faculty as well as on new programmes and changes to the existing programmes.

The decisions of the Senate, to be adopted following prior consent from the Governing Board of the faculty, are those that have financial and business consequences, those regarding the number of admission places and limited enrolment, passing general and individual acts, decisions on new or changed existing study and scientific programmes as well as other programmes and projects of the faculty, personnel, personal and all other decisions that require the allocation and use of financial funds. The Governing Board decides which matter has financial consequences.

The Senate performs the following tasks:

The Governing Board is the faculty’s managing, operating and decision-making body. It comprises at least two members. The number of the members is determined by the founder. Each member has one vote. The founder appoints the members for two years.

Members of Governing Board:

The Dean is the academic and professional head of the faculty. They lead and represent the faculty regarding its professional, educational, scientific and research as well as other higher education activities.

The deanery comprises the Dean, the Vice Dean and the Secretary of the faculty.

The Dean is appointed and dismissed by the Governing Board for the term of two years and can be reappointed. Before the appointment and dismissal, the Governing Board obtains prior opinion of the Senate and the founder’s consent. The Dean is appointed from among higher education lecturers who are holders of at least one of the pedagogical courses.

The Dean of the faculty has the authorisations and responsibilities in accordance with the Founding Act of the faculty and this Statute. They perform the following tasks in particular:

If the opinion from the previous paragraph is not taken into consideration, the Student Council can request that a competent body re-examines a particular matter and decides on it. In the event of this, the decision is adopted if 2/3 of all members of the competent body vote in its favour.

The Student Council has at least five members.

The term of office of the Student Council members lasts one year.

In the 2020/21 academic year, the Student council has the following members:

The Habilitation Committee is a working body of the Senate of the faculty.

The Habilitation Committee also gives its opinion on the withdrawal of the titles from the previous paragraph.

The Habilitation Committee works at meetings and has a quorum if the majority of members are present at the meeting. Their decisions are adopted with the absolute majority of Committee members.

The term of office of the Habilitation Committee members lasts for two years and they can be reappointed after the expiry of this period.

The Faculty Habilitation Committee consists of:

The Academic Affairs Committee consists of:

The Dean decides on the implementation of any disciplinary proceedings. It is possible to appeal to the Dean against the decisions of the Disciplinary Committee.

The Rules on Disciplinary Responsibility of the Students of New University regulates the disciplinary proceedings in more detail.

Members of the Disciplinary Committee are:

The Committee performs the following tasks:

The Quality Manual of the Faculty of Slovenian and International Studies regulates the Committee’s operation in more detail. 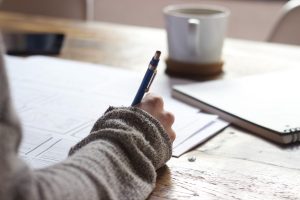